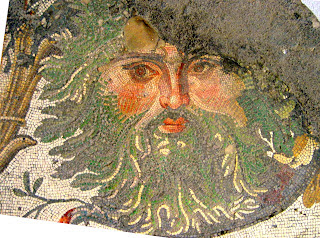 The history of our culture is a history of violence -- rape, murder, slavery, genocide.

And that violence has historically been orchestrated and carried out by men in order to maintain systems of domination and inequality.

Because of this, I've spent much of my life running from masculinity, not wanting to be implicated in cruelty and destruction.

But violence and domination are not the essence of masculinity -- they are its perversion. And any attempt to transform our culture has to take into account the need to redefine and reshape masculinity, to provide channels for masculine energy to flow that meet and match and dance with the incredible strength of the feminine rather than seeing to subjugate it.

Seeking to dismantle brutal systems of control, and influenced by post-structuralism, many feminists and Queer theorists have sought to dismantle gender altogether, asserting that masculinity and femininity are purely cultural constructs. Certainly, the definitions and structures are culture has created about masculinity and femininity are limiting and oppressive. And the strict binary categories into which we've divided the world don't accurately describe most people's experience of our bodies, our lives, and our sexuality.

But at the same time the effort to separate human experience from human biology is in many ways a reproduction of patriarchal thought that privileges mind over body, culture over nature, control over wildness.

Within the herbal community, the Wise Woman movement has resurrected traditions centered around the Blood Mysteries -- the ways in which cycles of ovulation and menstruation connect women with processes of regeneration within the body and in the body of the Earth. Historically, capitalism built its power on the control and subjugation of the fertility of the land and the fertility of women's bodies. As historian Carolyn Merchant writes, when communal rural land holdings were broken up an privatized in the seventeenth century:

"Nature cast in the female gender, when stripped of activity and rendered passive, could be dominated by science, technology, and capitalist production. During the transition to early modern capitalism, women lost ground in the sphere of production (through curtailment of their roles in the trades), while in the sphere of reproduction William Harvey and other male physicians were instrumental in undermining women's traditional roles in midwifery and hence women's control over their own bodies."

The imposition of this new order involved the torture and execution of countless herbalists and midwives who were branded as witches, and the dismissal of their traditional knowledge -- science based on thousands of years of women's experience working with native plants -- as superstition. Wise Woman traditions of midwifery and herbalism have resurrected these suppressed arts, allowed them to cross-fertilize with the knowledge of people native to this continent, and brought into being a dynamic tradition of medicine that puts women back in control of their own bodies and helps them develop a relationship with the body of the living Earth.

But similar attempts to reclaim and transform the concept and experience of masculinity are notably lacking. Attempts at critical analysis of masculinity in the 1980's began with efforts to create spaces for men to grapple with their emotions and create rites of initiation, but quickly degenerated into an ugly right wing backlash against feminism that blamed women who were just beginning to claim their power for emasculating men -- when in reality it was the system that had enlisted these men in the violent subjugation of others that had robbed them of some of their own humanity in the process. The conversation never took the critical step of re-imagining what masculine strength and power might look like in a culture base on partnership and equality.

Clues to a different conception of masculinity lie in the art and myths of pre-Christian, pre-capitalist cultures.

The face of the Green Man, leaf-bearded god of regeneration, appeared etched in stone churches throughout Europe well into the early modern period. The stories surrounding him have largely vanished, but he is widely understood to represent the irrepressible virility of the wild -- its rebirth in spring from the seeds that fall from dying plants in the fall, and its survival in the face of attempts to contain it and push it back. He resurfaces as Robin Hood, defending the forest that provides sustenance to the poor against the privations of Prince John who has usurped the power of the rightful King.

Cernunous, the Celtic god of the hunt, wearing the antlers of a stag, was himself both the hunter and the hunted, symbolizing the cycle of give and take, life and death, the fact that our bodies contain and continue the lives of the plants and animals we kill in order to live. He embodied willing sacrifice, the gift of the his own body to feed the worthy hunter.

Across many cultures, the shaman was a hunter of the spiritual realm. Because men lack the intimacy with the process of regeneration that menstruation gives to women, the shaman is traditionally initiated into the mysteries of healing by surviving a terrible illness or undergoing a physical ordeal (the vision quest and the sweat lodge are traditions common to both North American and Eurasian indigenous cultures that traditionally open men, not necessarily shamans, to new levels of consciousness by pushing their bodies to the edge of their physical limits.) The shaman would then master ecstatic techniques -- drumming, dancing, visionary herbs -- for delving into darkness, traveling into other levels of reality to hunt down the source of diseases plaguing others.

I don't yet know how we translate these traditions and archetypes into our own place and time. I have just the tiniest sense of where to begin.

As I wrote coming out of the vision quest, I believe that the darkness those who would walk the same path today need to delve into is the darkness of the suffering created by the violence of our culture. The Wise Women who walk beside us on this path tell us that "the problem is the ally of the whole." This means that in order to transform masculinity, we need to come face to face with the results of its perversion by being present to the reality of the suffering war, torture, and sexual violence have brought into the lives of their survivors, both women and men.

And so I am determined to begin walking that path -- in hopes of bringing healing to those who are in pain, in hopes of liberating victims and perpetrators alike from cultural scripts that lock them into violence, and in hopes of liberating myself by discovering at my core that power of regeneration that the Green Man represents, that virility that can plant the seeds of new life in the fertile darkness of the great mystery.

Best Erectile Dysfunction Treatment in Dubai also comes under the ambit of this specialty. A Gynaecologist is supposed to take care of the reproductive system of women while an Obstetrician deals with the pre-natal and post-natal care of women.